On my last trip to India to work on Fall 2010 production, Ed, Craig and I took a few days off to visit Amritsar and see the famed Golden Temple, the Memorial at Jallianwala Bagh and the

ceremony at the Wagah Border, which is the only open border between Pakistan & India. All three locales were special and incredible in their own way, and really made for a fascinating weekend journey.

While in Amritsar, we stayed at the Ista Hotel and the service was phenomenal. The rooms, service, and restaurant were first rate. Ista provided us with a car and driver at a reasonable rate for the 1st day, and the driver was courteous and very knowledgeable of the area. The hotel also offered a shuttle service, free of charge to the Golden Temple for the night ceremony. Unfortunately, we were late arriving back from the border ceremony to catch the shuttle, but the hotel sent us in one of their vans, when we were ready to go, at no charge anyway! 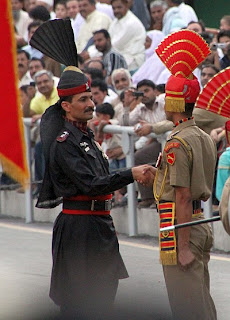 Then a minor tragedy occurred. We realized that my husband’s wallet was pick-pocketed in the huge crowd at the border. We had consolidated everything into his wallet and were left without cash or credit cards for the rest of the weekend! Luckily, our passports were in another pocket that was not pilfered, so we were not completely hapless.

Back at the hotel, we needed to check out but had no money to do so. The credit card we had used to check in with had been cancelled by Amex (due to the theft) so they were not able to run the charge on there. The staff quickly told us that it was no problem and that we could send the money once we returned back to Delhi, or when we had a chance! Unbelievable! They even gave us some money so we had some cash if we needed it for the rest of the trip. 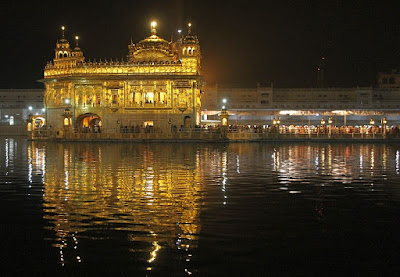